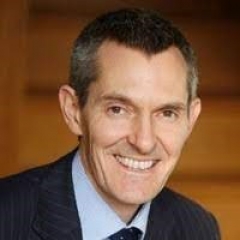 Paul graduated from the University of Sheffield in 1989 prior to working as a General Dental Practitioner in North Nottinghamshire. He also held an Honorary Clinical Assistant post in the Department of Orthodontics at the Charles Clifford Dental Hospital, Sheffield.

Between 2006 and 2013 he served as a commissioned officer in the Royal Army Dental Corps. The operational tempo during this period necessitated the provision of preventive, high quality and durable dentistry. He was a member of a dental team which received a Garrison Commanders Commendation. His final posting was to Windsor as dental officer to The Household Cavalry Regiment and The Coldstream Guards.

On leaving the Army, Paul was awarded a specialist training place in fixed and removable prosthodontics at the prestigious Eastman Dental Institute in London where entry was highly competitive for dentists from across the world.This was an intensive four-year programme during which he was responsible for providing complex full mouth rehabilitation treatment for patients referred by dentists from across the south of England. In addition to providing the clinical work he also fabricated all the crowns, bridges and dentures in the prosthodontic laboratory which gave an invaluable insight into the technical demands and limitations of the materials he uses for his restorations. His specialist training was completed with the award of Membership in Prosthodontics by the Royal College of Surgeons in Edinburgh.

Paul has been involved in the postgraduate education of dentists by providing lectures to general dentists at British Dental Association meetings and to postgraduate students at the Eastman Dental Institute. He is an active member of the British Society of Prosthodontics, the British Society of Restorative Dentistry, the British Endodontic Society and the British Dental Association. He has conducted research into the provision of implant retained overdentures and has published research on the management of wisdom teeth and caries in the peer reviewed scientific literature.

As a specialist, Paul is highly trained in providing treatment for patients who are experiencing problems with the following conditions:

Green Dental have been placing implants since 1989.

We begin an Implant Treatment by having a 30 minute consultation.

These can take 6-9 months to complete, depending on the complexity.

Our practice is a family friendly place, and children will be seen for free, up to 18 years of age.

We encourage and promote oral hygiene to every child who comes through our door.